What is Cape Code National Seashore?

John F Kennedy preserved 68 miles of Cape Cod in 1961, creating the Cape Cod National Seashore. It has beaches, lighthouses, marshes, and towns, making it the ideal place to stay for sailing, surfing, hiking, cycling, and swimming.

It's a mixture of things - it's a millionaire's playground but it's also full of tourists; it's quite olde worlde American and yet it offers modern sports and facilities.

Where is Cape Code National Seashore?

It was an 11 day trip - we spent a couple of days in Boston, then drove around Vermont, before returning to Boston for a couple more days via Cape Cod. Pete and I only ever encountered one bad hotel in all of our US travels and it was the one in Cape Cod - the service was rubbish.

The Kennedy Compound, which consists of three houses all lived in by various Kennedys, can be found in Hyannis Port on Cape Cod, a bit further back towards Boston.

Where was Cape Code National Seashore in the 2015 Lonely Planet Ultimate Travel List?

Does Cape Code National Seashore deserve its place in the 2020 Lonely Planet Top 500?

It's a unique and beautiful place and it has the JFK connection, so probably. And 430th is probably about right. 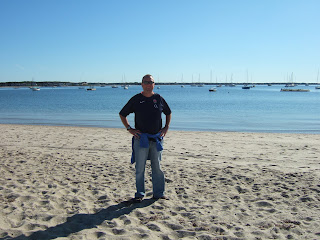