What is the Wales Coast Path?

In 2012, Wales became the first country in the world to have a walking trail along the entirety of its coastline. The 870-mile Wales Coast Path joined up a number of other trails that had existed previously, such as the Pembrokeshire Coast Path, which is the bit I did (and I managed a rather pathetic 2.5 miles of it).

Where is the Wales Coast Path?

I got a train to Carmarthen and then hired a car so I could drive around Pembrokeshire easily. I stayed in Freshwater East for a week and travelled around from there. I also visited St David's Cathedral (396).

Wales has 400 castles and 13 of them are along the Coast Path, including Harlech and Caernarfon.

Where was the Wales Coast Path in 2015 edition of the Lonely Planet Ultimate Travelist?

It was not included.

Does the Wales Coast Path deserve its place in the Lonely Planet Top 500?

I'm surprised it's so high but it deserves a place. 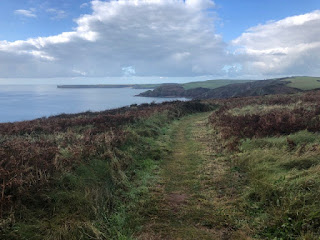 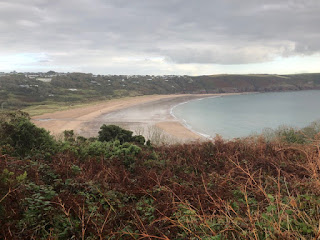