What is it: It was built by Frederick William II of Prussia between 1788 and 1791 and was one of many gates around the city of Berlin. Its design was based on that of the Propylaea, the gateway to the Acropolis. It was built to symbolise peace, which is somewhat ironic considering that Napoleon used it for his triumphal procession after he had defeated the Prussians in 1806 and the Nazis held a torchlist march through it in 1933 after Hitler came to power. It was shut completely for 28 years during the Cold War.
What's it like: It's a great place to get a photo of Berlin and Germany - it's iconic.
Where: Berlin, Germany
When: March 2007
How: Pete wanted to see Colditz, so we did a tour of former East German cities - we started in Leipzig, then Dresden, and finally Berlin. We also saw the Berlin Wall (also removed) and the Reichstag (also removed).
Worth noting: In 1987, Ronald Reagan made his "Mr. Gorbachev, open this gate! Mr. Gorbachev, tear down this wall!” speech in front of the Brandenburg Gate. It's also where Germans gather for their New Year's fireworks.
Place in the 2015 edition: 435
Did it deserve to lose its place in the 2020 top 500: No - it really deserves to be on the list. 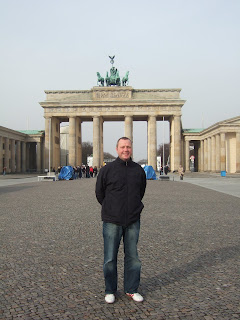