What is Anne Frank Huis?

Anne Frank Huis is the building where Anne Frank spent two years in hiding from the Nazis, before being betrayed by a neighbour and sent to a concentration camp. Her father, Otto, had run a business from this building. When the Germans invaded the Netherlands and it became clear that the family could not escape the round-up and extermination of Jewish people, he created an annex hidden behind a bookshelf in the office. Eight people spent two years having to be silent during the day and relying on colleagues to hide and feed them. Anne kept a diary during her time in the annex and one of the colleagues managed to hold on to it when the Gestapo arrested the family. She gave it back to Otto Frank when he returned from the concentration camp, the only one of the eight to survive. The Diary of Anne Frank was first published in 1947 and has since sold over 35 million copies in 60 languages.

It takes a lot of people by surprise, because the entrance to the museum itself is big and modern - it occupies the buildings to my left in the picture below. But you eventually find yourself going behind the bookshelf into the annex and experiencing the space where they hid. Seeing her actual diary was incredibly moving.

Where is Anne Frank Huis?

I flew to Amsterdam and spent two days visiting various sights with my friend Kathy - we also saw the Van Gogh Museum (378), the Rijksmuseum (326), and Prinsengracht (also removed).

You have to buy your tickets online.

Where was Anne Frank Huis in the 2015 Lonely Planet Ultimate Travel List?

It should be in the top 100, never mind the top 500. I am absolutely stunned that it's not included this year. It's completely baffling. 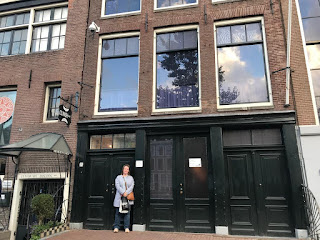 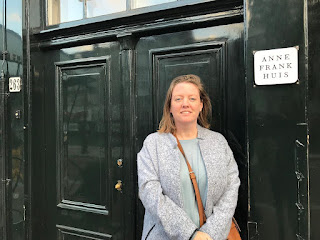