What is York Minster?

It's very impressive. It's mind-blowing to think that it was even conceived of in the 13th century, never mind built.

Where is York Minster?

We went to York on the train from London, stayed overnight, and visited the Minster. We then hired a car and drove out to Goathland for two nights and Whitby for one night.

York itself is well worth a visit - it has fantastic history involving Vikings and Romans and much more besides.

Where was York Minster in the 2015 Lonely Planet Ultimate Travel List?

Does York Minster deserve its lower place in the Lonely Planet 2020 Top 500?

I'm very surprised that it dropped so much, but Canterbury Cathedral was removed altogether so it's probably lucky! 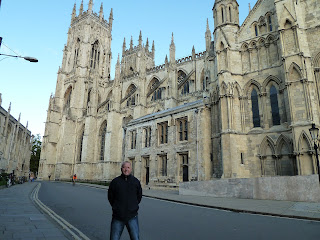