What is the Musée d'Orsay?

The Musée d'Orsay is home to the largest collection of Impressionist and post-Impressionist masterpieces in the world, by painters including Monet, Manet, Degas, Renoir, Cézanne, Gauguin, and Van Gogh. It also houses other paintings as well as sculpture and photography by French artists from 1848 to 1914. The museum was created to bridge the gap between the Louvre and the National Museum of Modern Art.

It's much more down to earth than the nearby Louvre (63). It's a smaller collection (only 3,000 pieces on display) so you feel that everything in there is worth looking at, whereas the Louvre is a bit overwhelming. The 5th floor is dedicated to the Impressionists and post-Impressionists but there are also also exhibits (like Pompon the polar bear).

Where is the Musée d'Orsay?

How did we get to the Musée d'Orsay?

I flew to Charles de Gaulle airport and then caught the RER B train into central Paris. You can then take the RER C train to Musee 'd'Orsay but I got off B at Saint-Michel-Notre-Dame and walked the 20 minutes along the Seine instead. The Eiffel Tower (148), which I had visited previously, is also walkable - it's about 40 minutes away along the Seine.

The museum is housed in what was once the Gare d'Orsay, a Beaux-Arts railway station built between 1898 and 1900. A new station was built and permission was granted to demolish the old one in 1970 but it was protected and eventually became a listed building in 1978.

Where was the Musée d'Orsay in the 2015 Lonely Planet Ultimate Travelist?

Does the Musée d'Orsay deserve its place in the 2020 Lonely Planet Top 500?

It does deserve a place but I am surprised that it gets listed higher than the Eiffel Tower or the Pyramids of Giza and other similar sights. 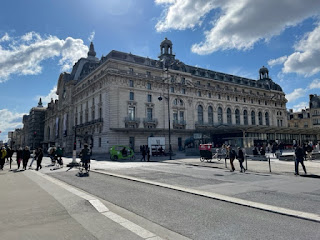 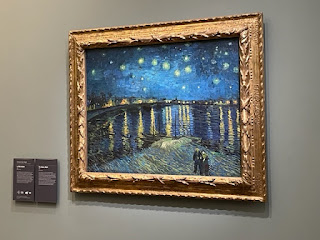 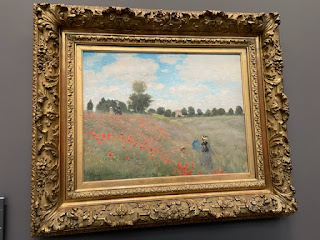