What is Yosemite National Park?

If Yellowstone is about geysers and bison, Yosemite is about waterfalls, rocks, and giant sequoia trees.The park stretches over a thousand square miles, although most visitors head to Yosemite Valley. It has some of the most challenging rock climbs in the world, including El Capitan and the Half Dome.

We'd been to Yellowstone a couple of years before and I didn't think Yosemite could beat it. It did - it's just so different. We loved it.


Where is Yosemite National Park?

We did a road trip from San Diego up to San Francisco. We also visited the Golden Gate Bridge (60) and Alcatraz (was in the 2015 edition but removed in 2020).

Mariposa Grove was probably my favourite part of Yosemite. The giant trees are just incredible - I had wanted to see a tree that you could drive through since I was a kid. It had fallen over but it was still amazing.

What was Yosemite's position on the 2015 edition of the Lonely Planet Ultimate Travelist?

21. It moved up one place in the latest edition.

Yes, without a shadow of a doubt. 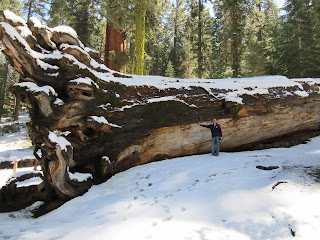 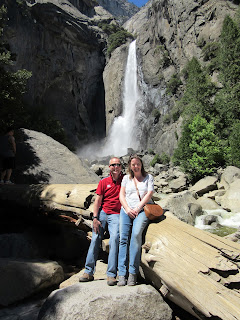