What is Hadrian's Wall?

It's a wall that the Romans built in 122-128 across the top of England, to keep the Scots out of the Roman Empire. In its day it had forts, milecastles, and turrets, but after it was abandoned the stones were pillaged for other uses. A lot of it is still in place though - it's 73 miles long and still the largest remaining Roman artefact in the world.

I had wanted to see Hadrian's Wall since I was a child (along with the Giant's Causeway at 102) so it was hugely exciting for me to finally get there. I absolutely loved it. We only visited bits of it - Housesteads Fort and Vindolanda - but I would have loved to have walked the whole thing.

Where is Hadrian's Wall?

From Newcastle to Carlisle, England

The trip was my 40th birthday present. We got the train to Newcastle, stayed overnight in the city, and then hired a car to drive around various sights of the North East. We stayed at the amazing Langley Castle. It was a brilliant, brilliant trip.

You can walk the length of the Wall on Hadrian's Wall Path - if you join a tour it takes 6-10 days to do the whole thing. I would LOVE to do it.

Where was Hadrian's Wall in the 2015 Lonely Planet Ultimate Travel List?

Does Hadrian's Wall deserve its place on the 2015 Lonely Planet Top 500? 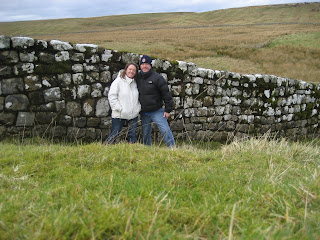