What are the Roman Baths?

The Roman Baths in Bath can be found on the site of hot springs that have been venerated over the years. The Celts built a shrine here, but it was the Romans who built a temple and then an elaborate bathing complex that has been preserved so you can see it today.

The Baths are impressive, there's a really good museum, and the city of Bath itself is great.

Where are the Roman Baths?

We went for the weekend and stayed in a nearby hotel. It's very easy to get around Bath as it's not that big.

The Pump Room was built in the 18th century to allow people to 'take the waters' and you can still drink the hot waters from the spring today.

Where were the Roman Baths in the 2015 edition of the Lonely Planet Ultimate Travelguide?

Do the Roman Baths deserve their position in the 2020 Lonely Planet top 500?

They totally deserve to be on the list. Bath has many layers of history and the Roman Baths themselves are well worth seeing. 267th seems a little low. 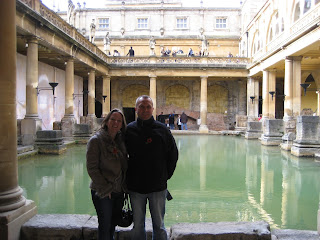