It's 5000 years old - great big standing stones arranged in a circle. Nobody knows why they're there and nobody knows for sure how they got there (some of the stones came all the way from Wales).

I'll be honest; Pete hated Stonehenge. He thought it was a massive rip-off. But you can't deny that it's an icon and it's astonishing.

We drove there from London - it's less than two hours drive.

The view of Stonehenge from the road is almost better than the view from a feet feet away. But I'd still recommend going to the site itself.

What was Stonehenge's position in the 2015 Lonely Planet Ultimate Travel List?

Does Stonehenge deserve its place in the 2020 Lonely Planey Top 500? 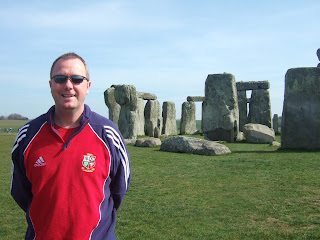