What is the Valley of the Kings?

For 500 years, from the 16th to the 11th century BC, the pharaohs and powerful nobles of Egypt were buried in tombs cut from the rock in this valley near Luxor. There are 63 tombs in total. The Valley of the Kings became extremely famous in 1922 when Howard Carter located King Tutankhamun's missing tomb. King Tut had been a relatively undistinguished pharoah who died when he was 19. Over the years his tomb was covered over by building materials and was forgotten. However, Carter's discovery of Tut's intact grave, complete with mummy and over 5000 items buried with him, created a worldwide media storm and remains the biggest draw to the site.

It is a fascinating place - each tomb is different, as some are very empty and others are ornate. Personally, I preferred the stupendous size and scale of Karnak or Luxor Temple, but this definitely has to be seen.

Where is the Valley of the Kings?

The Valley of the Kings is in Luxor, Egypt.

We did a Nile Cruise - I was really unsure about the idea before we went, but it was fantastic. We also visited Karnak (106) and the Luxor Temple (142).

Make sure you have a tour guide - I can't imagine visiting anything in Egypt without one.

What was the Valley of the Kings' position in the 2015 edition of the Lonely Planet Ultimate Travel List?

Does the Valley of the Kings deserve its higher place in the 2020 Lonely Planet Top 500?

Absolutely, although I preferred Karnak and Luxor Temple for their immediate impact. 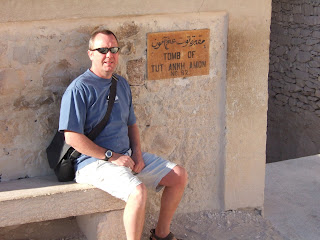