What is the Charles Bridge?

It's a pedestrian bridge in Prague that crosses the Vltava River to connect the Old Town to the castle. It is said that construction began at 5.31am on 9 July 1357 because Charles IV, King of Bohemia and Holy Roman Emperor, believed in numerology and thought that having this specific palindrome (1357 9, 7 5:31) would give the bridge strength.

We saw it in damp November so it probably wasn't at its best. Most of the pictures you see show it covered in snow when it looks really beautiful, but it still had a historic air about it and Prague itself is great.

Where is the Charles Bridge?

Prague was our very first trip - I had to go there for work and so Pete met me out there afterwards. It was November but on the plus side, that meant fewer tourists. We also saw the Old Town Square (removed from the 2020 edition) and Prague Castle (178).

There are 30 statues along the bridge of saints including St Christopher, St Wenceslas and more.

Where was the Charles Bridge in the 2015 edition of the Lonely Planet Ultimate Travel List?

Does the Charles Bridge deserve its place in the 2020 edition of the Lonely Planet Top 500?

Probably - it is a very impressive bridge and Prague is lovely. It definitely didn't deserve to be top 100 though, so this is a better position. 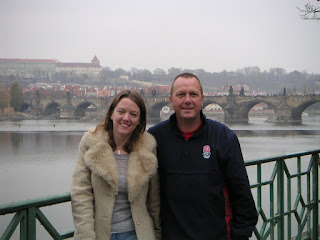